I help friends to understand their Bibles!

Notes from Loma Linda Messages. Prepared for the brainstorming committee self appointed on January 26, 2003.
Brother Howell is very desirous of knowing how to plan for the educational work with which he is connected, so that no mistakes may be made. I tell him that the Lord will lead all who are willing to be led. The Bible is our safe guide book. Said Christ, “He that will come after me, let him take up his cross and follow Me.” We cannot mark out a practice line to be followed unconditionally. Circumstances and emergencies will arise for which the Lord must give special instruction. {179.4}

164.6               “Schools must be established in connection with the sanitariums. As far as possible, these organizations must be blended, each helping the other, and yet each doing its special work.”* [oft repeated thought]

164.4               “Make the school especially strong for nurses and physicians. Thousands of workers are to be qualified with all the ability of physicians, to labor not as physicians, but as medical missionary evangelists.” [Emphasis here and elsewhere and earlier…supplied]

170.4               Persons working in not-very-successful-health-evangelism enterprises (vegetarian restaurants in EGW’s days, SDA hospitals today) “should be breaking away” from these institutions to join those doing true medical missionary work.

222.5               “When the principles of the word of God are brought into the life practice of the workers, we shall have men of God’s appointment [in responsible positions.]”

227-228           Two physicians, Drs. Nicola, were invited to leave Melrose and come to LL. Why? Because (and EGW did not tell them why…she said to them “for reasons which I will not now state”) they were in spiritual danger, were trusting Kellogg, and needed to be brought where his influence did not bear sway. However, they were not to be placed in any leadership position, but to be learners. That was instruction given to Burden, not to the Nicolas themselves.

141.3               Glendale was eight miles from LA, and PVS was seven miles from San Diego. [Apparently, it was the proximity of LL to Redlands and Riverside that made its 62 miles from LA acceptable.—This is relevant to our discussion regarding how “close” is close. See last study under WHERE]

163.5-163.6     “The extensive view of valley and mountain is magnificent. One of the chief advantages of the institution at Loma Linda is the pleasing variety of charming scenery on every side.       But more important than magnificent scenery and beautiful buildings and spacious grounds, is the close proximity of this institution to a densely populated district, and the opportunity thus afforded of communicating to many, many people a knowledge of the third angel’s message.

173                  Discussion of move of sanitarium from S. Lancaster (50 miles from Boston) to Melrose (8 miles from Boston—my estimates). This was “in the order of God.” Loma Linda was a good place because it was in a “rich” district. This was good. Big cities must be reached from sanitariums connected to their higher-class suburbs—this appears to be the idea. Boston could support (in 1906) “one hundred workers” in various places.

177.1               EGW invited the Haskells to come to LL; then came and taught Bible. What else were they doing? “The labor earnestly to keep the workers all alive and interested to sell the literature, and the work is certainly taking hold.” This was LL, the medical school….

185.5               “If there is cooperation between the educational work and the work of the sanitarium, we can heartily recommend that the higher education be carried on in the sanitarium grounds for this is the Lord’s plan.”

141.6               Ellen White invited the Haskell family to make LL their out-post home for ministry to Redlands and Riverside. Invitation mentioned nothing of responsibilities in the institution itself till page 145.5.

165.3-165.4     “I am instructed to say, Prepare places where will be given true education free from deceptive theories. Let the plain words of Christ, uncontaminated by false science, be taught. It will require no elaborate preparations to engage sincerely, humbly, prayerfully in this work.” But do not chastise anyone, excepting yourself. Get right. See 168.3

183-184           Roy Logan, an aspiring [that is, hoping to be] Osteopath, was seeking an education. Our schools did not teach osteopathy. Loma Linda taught medical missionary work and was hoping to train physicians, though this was not yet developed. What was EGW’s advice to Mr. Logan? Read it here. (smile).

147.3               Angels instructed that care should be given to building structures so that wind could not carry sparks and fire between them. [Fascinating. Apparently paying tithe isn’t enough.]

165.5               To the pioneering administrator: “Move guardedly, and be careful not to take upon yourself too many responsibilities. Your mind is to be left free as possible from matters of secondary importance.”

182                  Prerogatives of the God-fearing pioneer, Elder Burden: “If any of his brethren act arbitrarily in an effort to restrain him in this, they would be hindering the very work that the Lord has signified should be done. He is not to be forced to turn aside from his convictions as to the way in which the work under his charge shall be carried on.” Balancing statement in same letter: 183.1

198.5               “In order to maintain a right influence, the workers must reveal that they are one in sentiment. Do not let it be seen that there is disunion among the helpers.”

166.3-167.3     Industries that make our health work appear to be a for-profit program, i.e. health-food production, undermine our witness. Such industries, if conducted near the sanitarium, are a source of disagreeable issues and will distract the sanitarium administration from their legitimate work of healing and saving the sick. Patients will be disgusted. However, if conducted as very small-scale operations, i.e. a little bakery, some distance from the sanitarium, they would be a help in every way. See 168.5, 186, 190 for more. From 201 – “There is a possibility of entering into a work that will bring gain of means but which would result in spiritual loss to the sanitarium.”

171.1               “When facilities are added to sanitariums that have been set in operation, let the additions be most thoroughly and firmly constructed; but there should be no large expenditure of means to secure every advantage at the beginning.”

171.2-171.4     “Build no more than is positively necessary . . . Set aside your desire for full equipments at once. Let the best possible use be made of fewer facilities, rather than to increase debts. All that is needed may in time be obtained . . . ” [See the paragraphs]

190.3               “Brother Reaser supposes that if it were not for his watching of the finances, there would be serious losses, whereas, if he had nothing to do and say in these matters, it would save many perplexities . . .. I know that it is a mistake for him to be connected with our sanitariums; he should not be a manager.” [His controlling and hindering ideas put clogs in the work and made it more difficult for Burden to advance. R. thought this was wise.]

205.2               “At our request, Brother Burden is going East to attend some of our campmeetings, where he may come in contact with many of our brethren and sisters, and lay before them the opportunities for assisting these important branches of the Lord’s work.”

206.4               “At our request Brother Burden has consented to visit important gatherings of our people in the Middle West, and to endeavor to secure gifts or loans for some of our Southern Calif. Sanitariums.”

206.1               “From Brother Burden I learned that the one who had offered to lend him a thousand dollars is a patient who had been in the sanitarium for some time. He had a serious stomach difficulty, and for some time his life was hanging in the balance. The crisis safely passed, he has begun to study the truth, and is deeply interested.”

142.8               “We cannot afford to accept every [youth] who is willing to come [help with the sanitarium for training]. Great injury is done to our medical institutions when we connect with them inexperienced youth, who do not understand what it means to do faithful service for God.”

141.1-142.4     [Fascinating] Haskell family was invited to give a course of lectures at Battle Creek. This was a trick; the plan was to use the Haskell’s good reputation to invite unsuspecting youth to Battle Creek against counsel. Wow. EGW said “don’t go” Farnsworth might go for a short time, but shouldn’t stay.

143.7               The Lord is to do a strange work very soon. A representation has been given me that I have not yet had strength to trace upon paper. I must know when to speak and when to keep silent. When the Lord bids me speak, I cannot keep silent.

165.1               “No longer should our people go to Battle Creek as they have been doing. Infidelity has been sown there in words in false statements, in unsanctified influence of mind over mind.” [See context. It appears to me that the current educational situation in the NAD, in the light of these statements and other like statements, is an iceberg that must be met squarely rather than dodgingly. Read and let me know what you understand.]

179.6               “It has often been presented to me that there should be less sermonizing by ministers acting merely as local pastors of churches, and that greater personal efforts should be put forth. Our people should not be made to think that they need to listen to a sermon every Sabbath. Many who listen frequently to sermons, even though the truth be preached in clear lines, learn but little. Often it would be more profitable if the Sabbath meetings were of the nature of a Bible class study. Bible truth should be presented in such a simple, interesting manner that all can easily understand and grasp the principles of salvation.”

191.1, 211.2*  “I must warn my brethren to be on their guard against” administrators “embracing” too much authority and a dictatorial manner of dealing with those in their conferences. See 221.1-222.4 for important paragraphs on this point in relation to teaching this to members. She speaks of a “false education” in the churches in these lines that must be corrected, and of “permissions and their forbiddings” confusing minds. This needs to be read. “Man power is not to rule the church of Christ.” See also 229.3-229.5 “A strange things has come into our churches. Men who are placed in positions of responsibility that they might be wise helpers, to their fellow workers, have come to suppose that they were set as kings and rulers in the churches, to say to one brother, Do this, to another, Do that, and to another, Be sure and labor in such and such a way. There have been places where workers have been told that if they did not follow the instruction of these men of responsibility, their pay from the conference would be withheld.” She indicates that this condition may be brought on by laying so much responsibility upon a man that he feels he must dictate to handle those responsibilities (i.e., there is not time to talk everything over).

* Indicates a point that, while only noted in these pages one time, is found repeatedly and emphatically in the LLM. 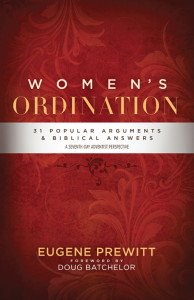